When a mysterious and powerful fox woman appears unexpectedly in his hut, a lonely hunter is forced to choose between the wild and the tamed. Their relationship grows. How to accommodate one another? What do we risk when we accommodate too much? And, as violence emerges, do we recognize it; do we leave? Before the West cultivated hatred of the wild, before today’s ecological crisis, there was a love affair. Flamenco dancer and storyteller Denise Yeo retells this Siberian myth accompanied by her husband, accomplished flamenco guitarist Gareth Owen. With an array of evocative, traditional flamenco dances, Yeo embodies Fox Woman and the Hunter through hypnotic and improvised movement and rhythm, drenched with the darkest impulses.

Fox Woman tells a story about our relationship with the wild — in ourselves and others — and our emerging ecological crisis. It’s also a story that empowers us, in our human relationships, to leave situations that are not safe. 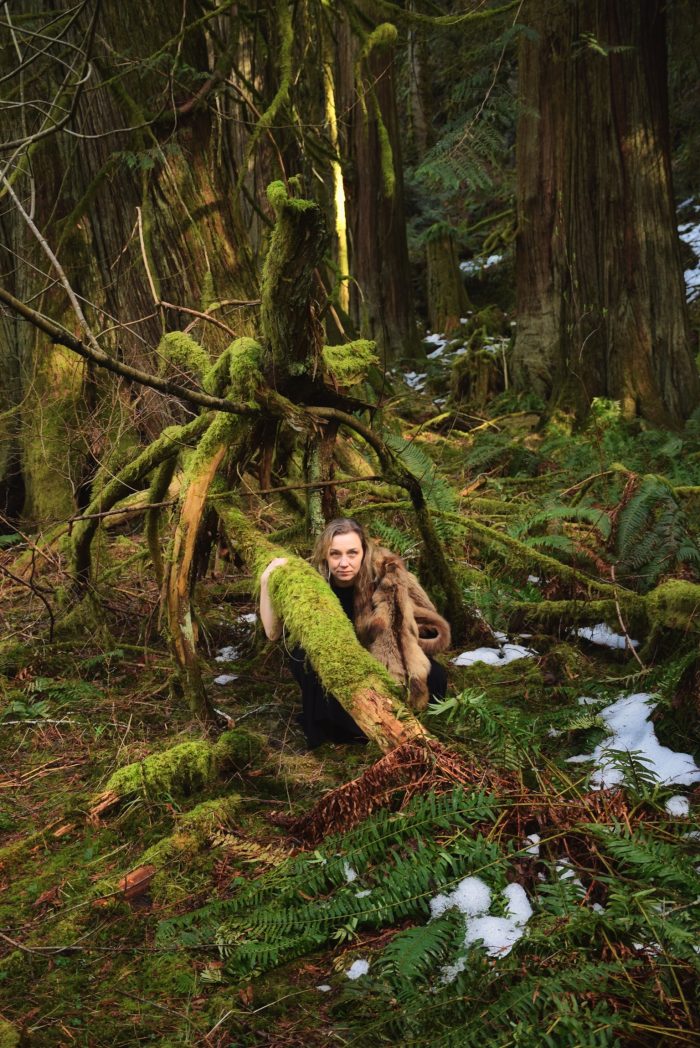 Denise Yeo – Dancer & Storyteller
Denise Yeo is a professional flamenco dance soloist and palmera. In 2017, she co-founded Palabra Flamenco as its artistic director and principal dancer — joining traditional flamenco with English-language poetry and storytelling. Their show La Palabra en el Tiempo toured the Victoria Flamenco Festival, Victoria Fringe Festival, Vancouver Fringe Festival, and Victoria Festival of Authors. She later performed as a soloist for Dark Sounds, a unique collaboration with acclaimed poet Jan Zwicky, guitarist Gareth Owen, and poet Garth Martens. The theatrical rendition of Fox Woman was Yeo’s second show as artistic director. As principal dancer and storyteller, she performs the roles of Fox Woman and the Hunter, with her husband, guitarist Gareth Owen, accompanying her. In the summer of 2019, Fox Woman toured the Toronto Fringe Festival and Winnipeg Fringe Festival.